A downloadable Horror Game for Windows

So I have made this very short little Horror game, Mostly just for learning purposes, I have watched a bunch of UE4 tutorials, and I have absolutely no idea what I am doing yet hehe. But hope you will enjoy it anyway. Very short btw. Let me know what you think for a first project.

Well you play as a Janitor that have found a Book of evil, and you feel like reading it have released something... evil. There is a new secretary working in the building, and you decide to check and see if she is ok.

Also I usually just play and upload Horror games my self. So here is my YouTube Channel, if you want to check me out on there.

And you Can support me further here:

Just want to say that I am a big fan of your games and your YouTube channel. I Loved your first game.

Reply
onichangaming112 days ago
i made short video for this game, and thanks you developer for make this awesome game
Reply
meleebro127 days ago
So i managed to break the game or bug the game or something with the bathroom doors. Either that or I just couldn't figure out how to close them. I found this game to be a little more finicky compared to the other games I've played by Mr. Horror. The interact just seems weird, but with it being a first game (I think?) I think it's really good. Pretty short, but not really scary imo. Has some spooky moments, but yea, not overly scary. At least it's not full of loud jumpscares screaming in my face and ears to try to be "scary" Still enjoyed the game
Reply
Max Horror127 days ago(+1)

Yes very much my first project hehe, and sadly I have deleted the project, so I can't even fix the stuff. But thanks for playing anyway :)

I really enjoyed the game, despite being a bit short. And honestly, I was sad for the new secretary, right on her first day, tragedy happens... But anyway, congratulations on your game 👏

It was really good. Loved the concept.

All of your games have been amazing. Sorry Linda... Gameplay starts at 00:08

Awesomely terrifying game, my man! Keep up the good work!

That was really nice

just a tip for the cover of the book, dont use that symbol. in the way you use it in this game spreads more misinformtion. the upright star in the circle is called a pentacle and represents the five elements and is used for protection amoungst Wiccans and Pagans. We arent evil people so we try telling others to stop using it in horror games and movies (mostly because we are already hated on by others because we are considered "devil worshippers")

Agree, though to add context for the developer, even before formal Wicca and the Hermetic Order of the Golden Dawn, the pentacle's been around for ages. Older traditions, despite the name seeming to imply five points (the name most likely derives from "pend" meaning "to hang", rather than "pent" meaning "five"--so like the word "pendant", which is essentially how pentacles were and still are worn by some practitioners), also had pentacles with 6 or 7 pointed stars, perhaps most notably in the Key of Solomon. All this to say, essentially, that despite the long history, uses in different traditions, and the varying appearances, pentacles have universally been used for protection.

Personally, my suggestion would be to create a sigil or pentacle of your own design (ala the famous Necronomicon pentacle), or perhaps weave the protective use of the pentacle into the lore (for example, the author placed the symbol on the cover of the book in an attempt to protect the author or reader from the evils within... but this failed).

based. Yeah Agree. they instead should use the ONA symbol....cause its bad (bedam tsk)(this is a joke , by no way am I glorifying the actions of the ONA or the lives lost because of them...pls do not be offended )  no but seriously .....devs should use a different symbol

great game. I love the graphics & story. The atmosphere scares me. can't wait for the next game. enjoy my gameplay :)

#dialog
Reply
GoopyApple250 days ago
really loved this! the devs really done a great job at capturing a scary atmosphere and great scares, only complain is that i wish it was longer, gameplay above if you enjoy be sure to like and subscribe would really like to thank the people here that have subbed like i cant believe we are almost at 1000 subs in only 5 months THANK YOU!
Reply
DonMahLuvinLandry250 days ago
I

Really enjoyed this experience! Very good graphics and tension building! I know it's probably a little too late to change it, but I think it would've been so cool to let the player experience finding the book and reading it instead of a cutscene just stating that we did. However, that didn't stop me from having a blast with this!

Everything you touch turns to gold Max,

Just going with your instincts and as a first project this turned out excellent. It reminded me of F.E.A.R with its horror aspects. Short yet very enjoyable.

This game is amazing! Please make more like this. Just had one bug in the beginning but the rest was awesome.

Reply
BalimoreBlindGaming255 days ago
Thank you very much for allowing me to play this awesome, spooky game good sir.  Best of luck to you.
Reply
Blunder 'N' Bungle255 days ago (1 edit)

We played Subject 65, then we played The Apartment, it might have all been out of order, but we finally played The Book!

Very cool game that got the other Max Horror games off the ground! It definitely got us good with a few of the scares!

We never did find any clothes. And now if we could all share in a moment of silence for poor Linda, the secretary who was flushed down the toilet.

Not my Video just one a buddy made that I think deserves more support :)

This was a lot of fun to go through! Keep it up, I hope I can play more of your stuff.

i was absolutely terrified while playing this game... like the whole time it was so unsettling and the jumpscares were pretty on point. great game!

Great game with an eerie atmosphere.Loved it!

Since I deleted the original video, I made on this game I decided to pay it a revisit. You have definitely improved a lot from this to "They Are Here" which is your latest title which I enjoyed a lot.

The Book was my very first ever game :) But I also deleted the project since, so I can't go back and improve it sadly.

I really enjoyed playing this game.. There's a few bugs with the doors.. The doors kept killing me lol  Overall though the game was fun and the environment was super creepy. Great job

man the feeling I had playing this game was surreal I loved it, I'm from Brazil and I want more games like this in our community

Reply
Mrevil335 days ago
This is a great short game especially taking in mind that this is one of the first projects done by the developer. the only thing i noticed is that halfway through their was some framerate drops but im not sure if it was because of me or the game. other than that great game im looking forward to continue playing games by this developer
Reply
Max Horror335 days ago

Yea I am trying to improve optimization in my games, but It should improve in future projects, Even though they won't be perfect either hehe. But I am still trying to learn everything hehe. Thanks for playing.

Definitely bro keep up the grind your doing great!!

Good horror game with a bit of too many jumpscares that pops up with no real build up, however it is still a good one. Thank you for making this! 2nd game.

Reply
Meeka Nomicon339 days ago
The game was great, the puzzles were simple enough and there were some really cool moments. I have no idea why I found it amusing that I was more focussed on needing to replace the Secretary. Well I guess it is definitely necessary when you use them in a blood ritual. Although I don’t think it matters for the character anymore. 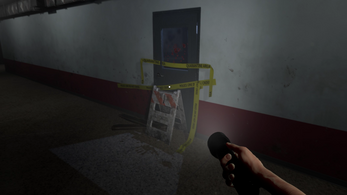 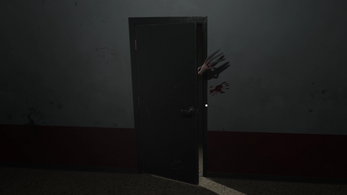 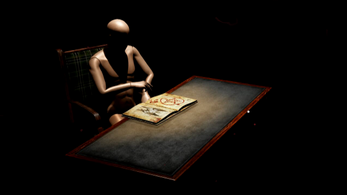 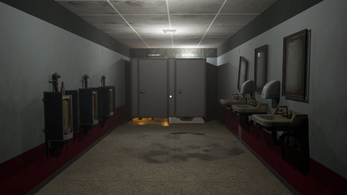 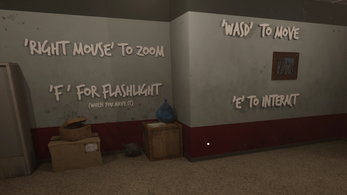